General Douglas MacArthur signs the act of surrender with several black penholders except a red Parker… Two will be offered immediately to the generals who surrendered in the Philippines and Singapore behind him in the photograph. red was Jean's, MacArthur's wife. 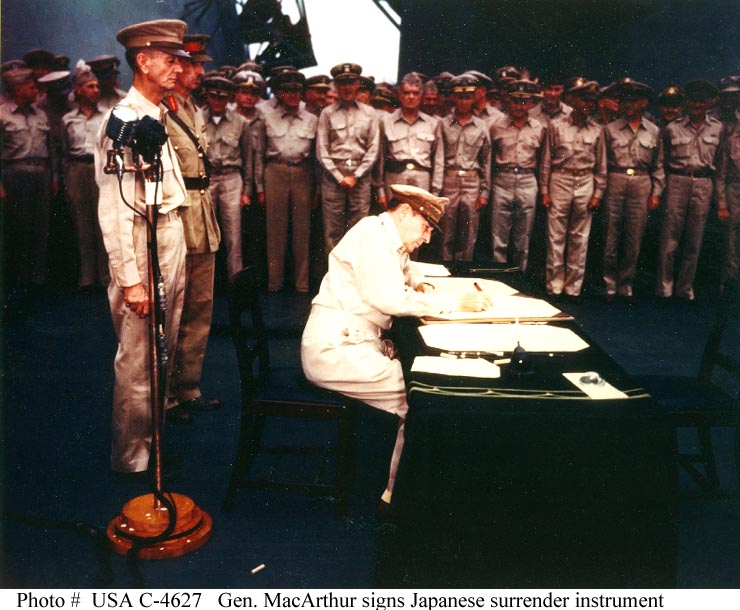