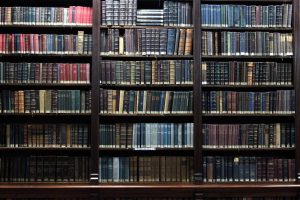 I believe my interest as well to the stories of the "winning side" than those of the vanquished, indeed behind a cause, a doctrine, an order, there are men who face the horrors of war… To get an overall idea of ​​a conflict must study the different parts. However, Hindsight is vital not to fall into the trap of interpretations, confusions, misconceptions of its authors. This remains a fabulous historic trip ! Happy reading. 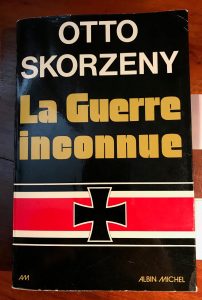 Here are my first impressions of this book that I have not finished yet, which is read back and distrust of facts related, However, it remains very interesting.
En effet Otto Skorzeny, Austrian birth, s'engage dans la Waffen SS; the elite of the German army according to him… Then join the Friedenthal Battalion he runs from 1943 (Section part of the Central Office of the Reich Security : Hrisःa and especially of’Amt.VI S), specialized in commando operations.

Having survived the war his overall testimony allows to consider their views and ideas about the course of this world conflict.
More anti qu'antisémite, the rest will work for the secret services of the Israeli Mossad after war, however we feel in its written approval of how Hitler led war and if you listen : the conspirators (Admiral Canaris, General Beck, Hoepner etc…) there are many in the defeat of Germany…

Finally, and before sharing with you an excerpt from his book, here's a quote to never lose sight :

“The heroism of Hitler's troops can only be forgotten, As the horror of the cause defended by making it impossible celebration”
Jean Claude Barreau – the history of France.

Preface : « 12 September 1943. The world discovers one we will now call “The most dangerous man in Europe “. An audacious raid paratroopers just freed the Duce nose and the beard of the allied forces. The airborne operation, qualified to ” technically impossible ” is a total success.
Churchill declared : ” This war we live is alarming and staggering. The boldly designed masterfully shot was firmly told.”
Otto Skorzeny, burly, former ski champion, and follower of all sports at risk, engineer, mobilized in the Waffen-SS and fought in Yugoslavia and on the Russian front. It is then responsible for creating a special force modeled on the British commandos : la SS Friedenthal.
Later training Skorzeny, after missing some of removing Tito, put away in Budapest Regent Horthy who would sign a separate peace with the Soviets, which would certainly destabilized the German front before the hour.
His frogmen sink 30000 tonnes of Russian supplies to the Danube and within weeks to the end of February 1944.
Finally during the Battle of the Bulge, it infiltrates its shock troops in American uniforms with the aim bridges of the Meuse. The operation will fail with no.
This would have cost him his life before the Nuremberg tribunal without the intervention of Commander F. Yeo. Thomas explained that the Intelligence Service have used the same methods and will end his testimony by an astonishing : ” gentlemen, Colonel Otto Skorzeny and his officers have always led a gentleman during the war.”

After his escape from a camp in denazification 1948, is believed Skorzeny see everywhere. US agent, Recipient of the famous ” Treasure Lake Töplitz”, instructor of the Egyptian army, or in the arms of Evita Peron, until the disease outweighs the 7 July 1975. »

Extract, Page 187 : A general commanding a division or line corps almost always has a nasty habit minimize losses. When the report reaches the higher headquarters, it is further modified in a favorable way. I want to give an example here. During the summer 1944, my old friend H.U. pack, our best driver of Stukas (2700 victorious flights) was received by Hitler, then Goering had the express order of the Führer to prohibit Rudel to keep flying. The colonel came direct from the eastern front and Goering, before to inform him of the decision Fuhrer – Rudel which also refused to consider – told him "good news" :

"In your area, he said to him, we mounted a pretty cons-offensive which will be supported by 300 chars. On your mind, the 14th Division attack with 60 chars… » Or, Rudel had conversed days before with the general commanding this division. He had confessed to him that he no longer had a single tank capable of fighting. Goering, informed of this detail, do not believe and rang to inquire. He soon learned that the colonel was right, and instead of 300 announced tanks, we could not get online as forty.
The "offensive" was canceled.
I witnessed a similar scene in September 1944. I spent three days G.Q.G.(O.K.W.) where I witnessed daily – for information – the two staff conferences called "midday situation" and "the situation of twenty-two hours,".
The first two days, the staff officers, who prepared the map with indication of units available in the Southeast, I saw Hitler drive Kriegspiel with careful consideration of indications which had been provided.
When it came to some of the not worth the forehead summoned officers, they retreated into the hall and waited we called them. So I had unwittingly witnessed the first day in a discussion between two officers wearing amaranth band Patented Staff.
" You know very well, said one, that of the three divisions reported northeast, two are reduced to the size of a regiment, or so, and if the third wants to put online two battalions, it will be difficult. This can not walk…
This will surely not work, said another, and neither you nor I can do nothing! "I walked away not to hear more.

The third day, le leader, who asked specific questions and even more embarrassing these ghosts divisions, realized we had deceived. " So, if he cried, the instructions sent before yesterday were based on the existence of divisions, I learn, now, they do not exist ! Those on the front have to think that the orders I have given are foolish ! Why lie to me and, gentlemen ? Why ? I want, I demand to be told the truth, for it is the very life of brave soldiers is at stake ! "Hitler did not bite the carpet, not climbed the curtains. It was only in his hoarse voice much indignation as despair.

In addition, it is certain that, if he had ordered the East all folds that suggested his generals, not only there would be German today, but the Soviet armies would occupy the whole of Europe.
Otto Skorzeny – The unknown war – Albin Michel.