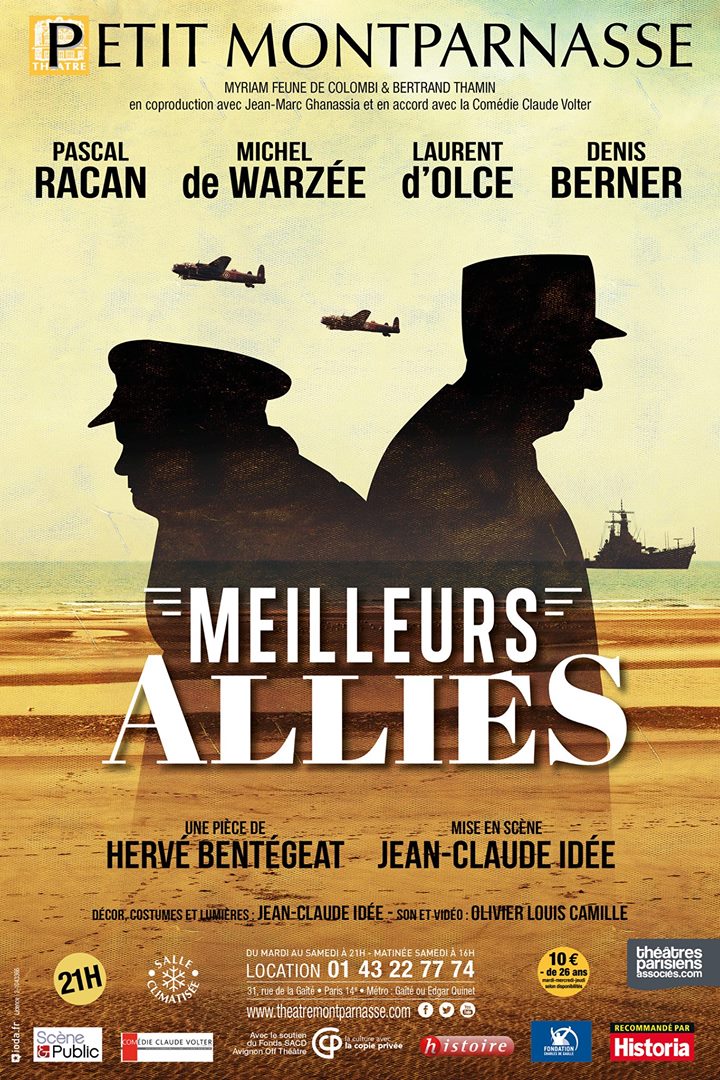 "The 4 June 1944, Churchill convenes de Gaulle in London to inform him of the imminent landing of Allied troops in Normandy.
De Gaulle was furious : Free France departed from the largest military operation of all time, which will take place on the coast of France.
The meeting goes badly. To the point that Churchill intends to shut de Gaulle somewhere in England.
A stormy face-to-face between two monsters of history, who feel for the other a mixture of respect and irritation, fascination and frustration. "
Le partage c'est la liberté