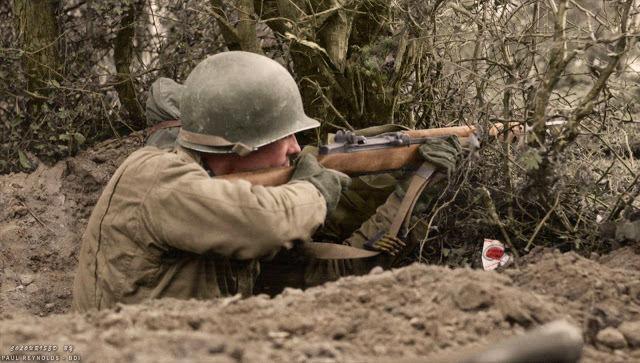 “Lucky Strike” 1944. The United States was the only country to equip their troops from a self-loading rifle as the standard infantry weapon of the Second World War. He gave his troops a huge advantage in terms of firepower, and led General George Patton to call the M1 Garand, "The greatest battle implement ever devised" (Colorized by Paul Reynolds, Color Military Photo Colourisations)