The Man Who Never Existed

Avril 1943 : Take a deceased English homeless person, dress him as Major of the British army, attach to his hand a briefcase containing secret documents describing the plans of invasions, fictitious, allies. Put this body in a submarine so that it can be submerged off the coast of Spain, so that the papers can be read by the Germans.. and you will get the incredible story of Major William Martin of the Royal Marines… the man who never existed.

Operation Mincemeat (literally "meat to pâté") was a plan organized by British counterintelligence and aimed at convincing the great German headquarters (OK) that the Allies would invade the Balkans and Sardinia instead of Sicily, which was their real goal. The Germans must have believed that they had succeeded in intercepting highly confidential documents which detailed in detail the future plans of invasion.

To make the Major credible, Lieutenant-Commander Ewen Montagu, the initiator of the project, invented a real identity for him, with different real fake documents (letter from his bank, theater ticket stub, proof of accommodation, invoices etc… and even a fiancee (very real she) who provided him with a love letter and photo.

The highest military authorities provided letters and official documents for the plans of invasions.

Le major Martin, kept in dry ice and dressed in his uniform, was placed in a sealed steel box, then brought to Scotland to take place aboard the British submarine HMS Seraph.

The 19 avril 1943 the Seraph took to the sea and sailed until it was about a mile off Huelva on the Spanish coast. This location was chosen because the Allies knew that Spain, despite its official neutrality, was in sympathy with the powers of the Axis and therefore often collaborated with the members of the Abwehr (the German intelligence and espionage service). Furthermore, they knew that a German agent was very active in Huelva and that he had excellent contacts with Spanish officials.

AT 4 h 30 the 30 April the body was immersed. It was discovered at 7:30 am by a local fisherman who brought it back to the port, and this discovery was passed on to Abwehr.

When Major Martin's body was returned, the papers were examined and the British were able to see that they had been read, then carefully put back in their place, and concealed. So he was sent to Churchill and Roosevelt the sentence “Mincemeat Swallowed Whole”. (Hash fully swallowed).

This operation was a real success, because the Wehrmacht transferred its divisions from Sicily elsewhere and allowed the Allies to successfully land.

The “major Martin” was buried with military honors on 4 May in Huelva where he still rests there.

Who really was Major Martin ?
It was only in 1996 that an amateur historian named Roger Morgan discovered evidence that "Martin" was a wanderer from Wales, alcoholic, who was actually called Glyndwr Michael and who died of ingestion of death to rats.

The headstone now bears his real name, but he will forever be known as Major William Martin, who, thanks to the use that was made of his corpse, will have saved thousands of lives. 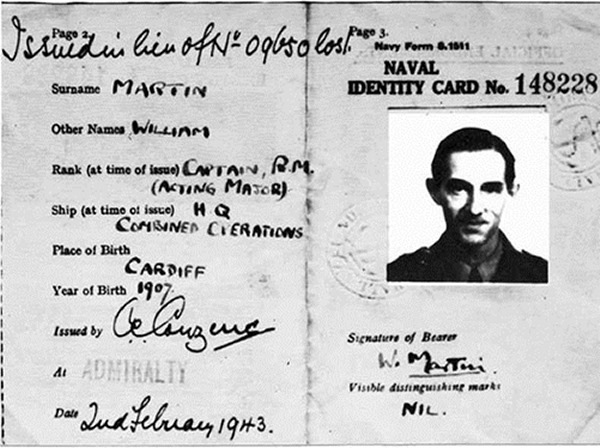 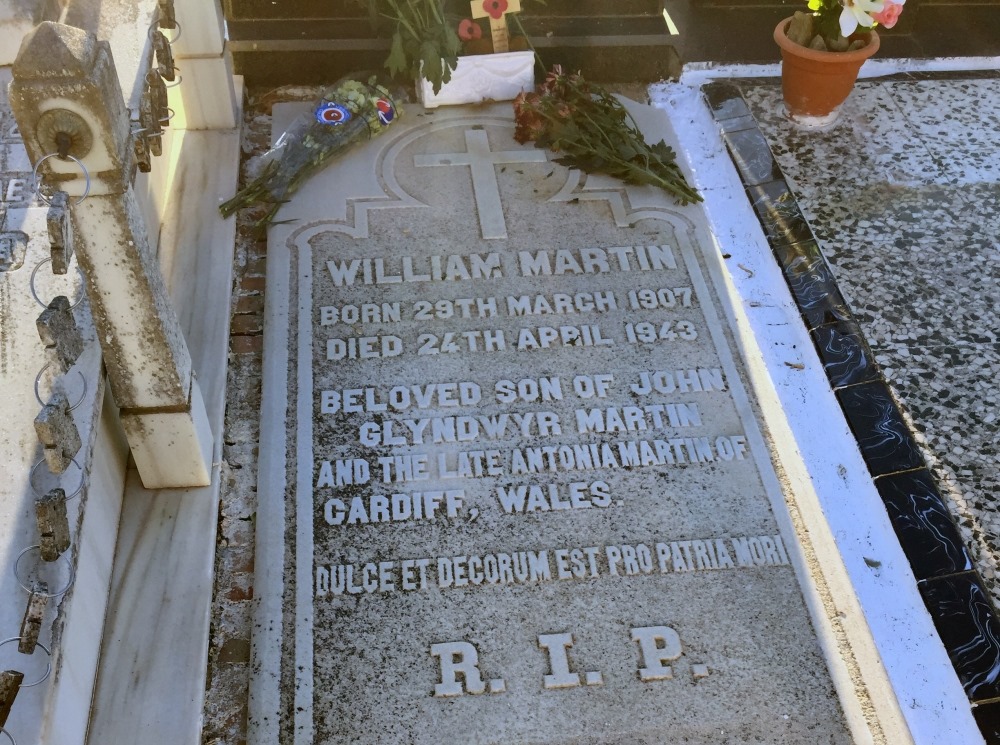 And to put a little image on this memorable operation, here is the Hollywood version of this story :